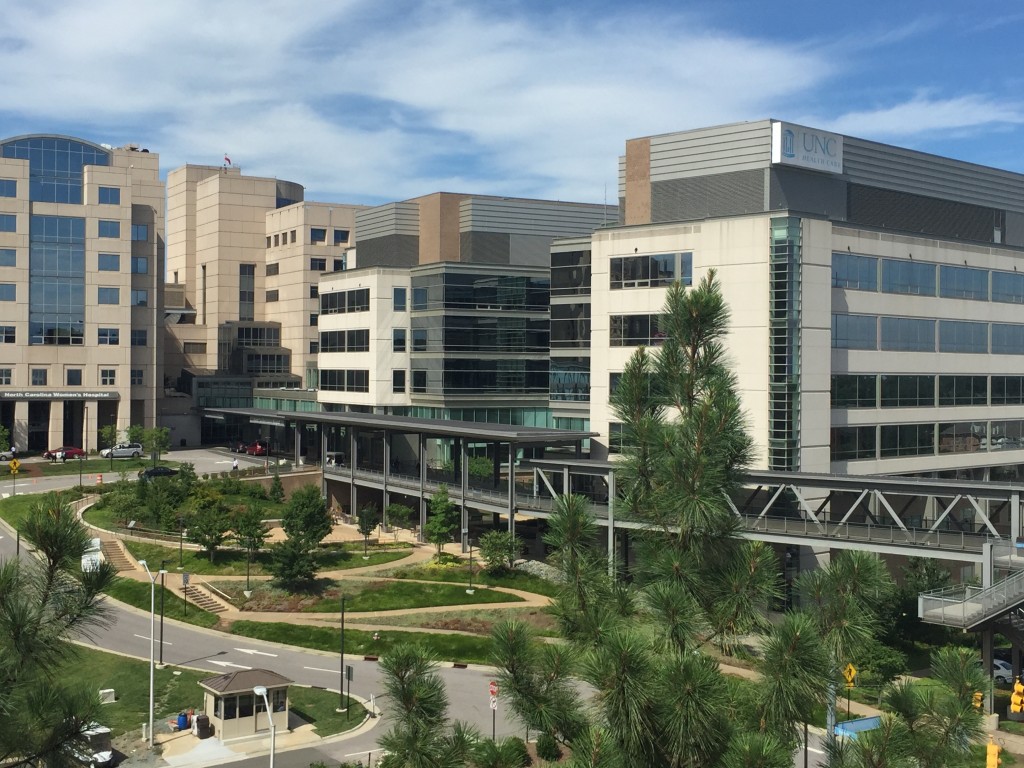 My view of NC Cancer Hospital – the place that gave me life. UNC Lineberger

Since I officially finished chemotherapy on May 10, 2015, I had been counting down to July 14 for my first scans. I have mentioned my affinity for numbers and schedules, so it made sense to me to define my life post treatment in terms of number of days to my next scans. For the type of cancer I had(ve) [it still seems weird to make my cancer past tense], getting through the first scans post treatment is monumental. Relapse and mortality rates decrease substantially after making it through the first scans cleanly; therefore, for my very analytical mind, I increasingly placed great importance on the first scan.

As you know from previous posts, I had been preoccupied with a number of events from mid-May through the end of June, so I had kept worries at bay for the large portions of most days. It was only in the quiet moments when I was running or had time alone and without tasks that my mind would run rampant considering the numerous, uncontrollable possibilities. Jason and I went to Charlottesville for the Fourth of July weekend with friends, which was a wonderful in a number of ways. After getting back, we had a couple of days before Jason’s parents came to visit.

During the ten days between the Fourth and the 14th, I questioned how I had maintained the rational and calm, because at numerous points throughout those ten days, my mind, heart, and breathing ran rampant. I was overwhelmed with fear, unable to think of much else but the impending tests and the potential negative circumstances. The night before my tests, I cooked for us and Cathy and Steve. Normally, when I cook, I find solace, but that Monday night, my mind could not be stopped. I woke up before the sun on the 14th and felt significantly more anxiety than I expected I would. Cathy and I were going to the hospital first thing for my PET/CT scans, and Jason was going to work before meeting us for the results and appointment with Dr. Park. As I was changing clothes for the third or fourth time to find something that would not have metal in it and allow for easy access to my port, I finally realized the severe anxiety I was feeling, and that I regretted telling Jason to go to work and just meet me for the later appointment. At that point, I needed the comfort of sitting in the car with Jason, without conversation and with mindless music playing in the background for the forty-five minute ride. However, because I had previously made the decision with Jason that he would work for the morning, I couldn’t have those perfectly quiet and comforting minutes with him as we had done many times before on that drive. I got into my Smart Car with Cathy, because I needed any form of control I could have at that point and driving my tiny car was it. We drove to Chapel Hill, and I actually have no recollection of driving, except for knowing I drove and that Cathy engaged me in conversation that allowed me to get there.

We wound through the parking lot and parked on the fourth floor before walking down across the pedestrian overpass that I’ve walked numerous times with more emotions than I can or would like to recall. I think I held my breath the 100 meter journey across the walkway, until I passed through the automatic doors of the cancer hospital and readied myself for check-in by finding my insurance card and UNC patient card, which is a badge of honor and sadness, all at the same point. I checked in and we went downstairs to radiology. After Cathy and I filled our time with a conversation that I can only remember because of the feeling it gave me at the point, comfort. We watched another man go in and out of his appointment within minutes. Within seconds of him leaving, the nurse called my name. Cathy gave me a hug, one that was soulful and loving, and helped me be ready to go back. I spent the next two hours receiving the contrast and radioactive infusion, FaceTiming with Mom, and texting with Jason, all of which gave me the sense of peace and laughter that I needed to make it through the morning.

After finishing my scans, I had four hours before my labs and another half hour before meant Dr. Park. Cathy and I walked through Chapel Hill, tried to go to lunch at the Carolina Inn, but due to construction, couldn’t, and instead retreated to their hallways and historical pictures and pitchers of water. We ended up finding our way to Kipos and having a lovely two hour lunch with conversation, coffee, and dessert and entertainment from a neighboring table of elderly women celebrating a birthday. After a quick jaunt through a few boutiques, we made it back to the hospital to meet Jason in the Starbucks in the lobby of the Cancer Hospital that I had sadly only been to once, despite the large amount of time I had spent there. After a few minutes of sitting with my tea in Starbucks (because I didn’t want to affect blood levels with any other drinks), I was too anxious to sit and engage in conversation with Jason and Cathy, so in a hasty fashion, I left them and took the elevators up to the lab alone, holding my breath, then breathing out deeply and loudly on the way. I sat beside the lab, looking out to the atrium where I had spent much time in the past seven months, hating and loving the view. Jason and Cathy met me before I was taken back for blood work, and I was too preoccupied to be able to fully engage with them. I was taken back, and I told the nurse to go ahead and de-access my port after taking my blood because I didn’t have to go to the third floor for chemo. I froze when I said that and realized how different my trip was. I had been multiple times before just for labs during late April and then mid-May after treatment, but this time was significantly different. It felt different to tell my nurse to just de-access my port, because I didn’t want to jinx the impending results. I was hoping for that finality that it would be the last time my port would be accessed.

After labs and some short period of waiting, we walked into Dr. Park’s office rooms. I called Mom on FaceTime on one iPad and Dan and Tess on the other, and set them both in the window so they could see the whole room with me on the examination table and more importantly the doctors that would soon walk into my room. Dr. Mitchell, a shiny, fresh fellow, came in after my nurse who confirmed my medications. Dr. Mitchell seemed like he was trying to be interested in the non-information I was providing, and most importantly was entirely awkwardly answering my pressing questioning over the scan results. I played along and provided the (non)updates to my status in that my health was good and that I had nothing to report beside my mile time slightly increasing and losing my wisdom teeth (which Dr. Park already knew and approved). Finally, I abruptly asked if there would be PET results during the appointment. He stumbled over his words, and I think I stared into his soul looking for the answer in the 0.8 seconds, but he quickly clarified “they were good”. Jason immediately made a joke that if they were bad, Dr. Mitchell would have let Dr. Park deliver it, and Dr. Mitchell explained his less than seven day tenure in the cancer center, and because of my relief, I had him reconfirm then upon favorable response, engaged in pleasant chatter about lighter topics (his residency at Duke, and families’ allegiances to the North Carolina universities).

After that news, Dr. Park came in and confirmed the clear scans. He shocked Jason and me with a side note that the spot on my liver had not changed from my April scan. Neither of us had any recollection of it nor do we think the liver spot was mentioned, and I attribute that to my hospitalization and Dr. Park’s paternity leave. Dr. Park said that he noticed the spot on my liver in my April scan and that it was likely a benign tumor, and it hadn’t change, so it was not something I needed to watch for signs of changes nor be concerned. We also discussed my chance of remission, and Dr. Park described them as “so, so low”, which I thought was a significant qualification on the 5-10% chance he had given me previously before I finished chemotherapy. He also approved me to have my port removed and sent a note to my surgeon that we could do that surgery immediately.

I let the clear PET/CT reign my state of mind and went practically skipping out of the hospital, and letting the good feelings take over me. As I drove home, I found a new sense of clarity where I understood all of the reflection and thoughts I had put into understanding myself and my experiences, and finally could be and know myself without any outwardly imposed definitions. I realized despite the challenges I have faced, I have not lost myself. I gained a level of introspection, peace, and contentment that I could have otherwise never known, and a desire to continually grow and seek. 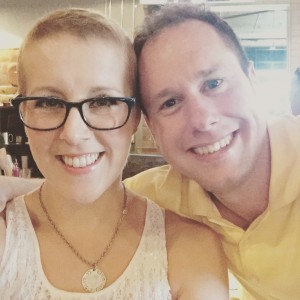 I am happy. I am whole. I am healthy. These are true accomplishments.

One thought on “First Post-Treatment Scans”