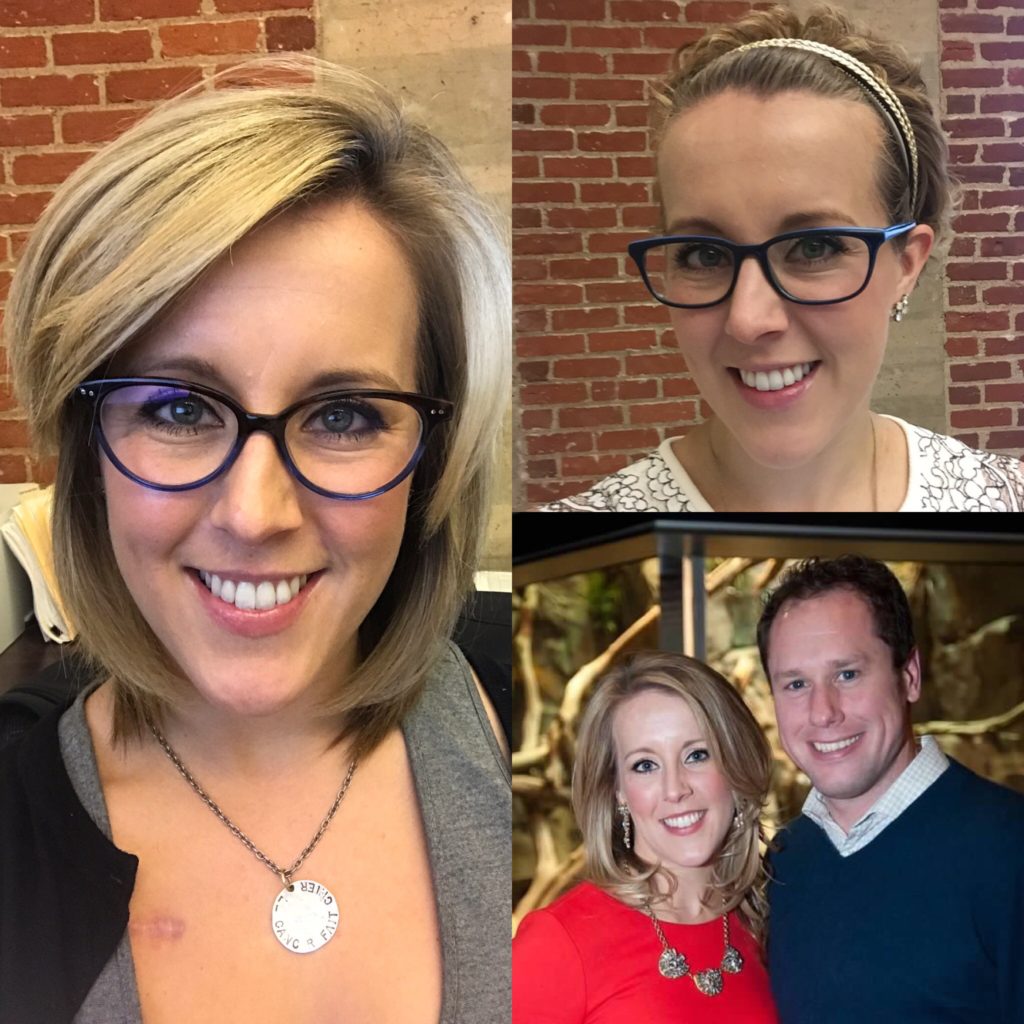 Life never slows down. No matter how much I plan my days, schedule time for myself, schedule work in actual “work hours”, I find my days passing before I’ve realized that I’ve experienced them. Since I last blogged, I fortunately have been lost in living a life that has been dizzyingly, blissfully full. I’ve spent as many days traveling as I’ve spent at home. I’ve had amazing highs, successes, and invigorating challenges with work and pro bono work. I’ve spent the happiest weekends with my brother and sister-in-law, dear friends, and my in-laws.

I recognize that I am fortunate and that I have been living in a high moment in my life. However, through all of these moments, I haven’t had a day that I escaped my cancer. It is omnipresent. I should have had an early October scan per my clinical trial follow-up, but my hematologist and I decided to forego the scan to eliminate further exposure to unnecessary radiation. Although it was a positive step that I moved away from frequent scans, it was difficult not having it, because scans provide certainty. Without it, I was left to the unknown and hopeful assumption that I was still cancer free. I counted days to and from the cancelled scan. And it didn’t make it easier that when I was originally diagnosed, I had no symptoms.

I expected to not have a scan until January, but another unexpected event occurred.  Jason and I decided to move to Seattle. Moving across country is significant for a normal person. When you’re in remission, moving across country and leaving your hematologist, cancer staff, clinic, and hospital feels almost as terrifying as facing cancer in the first place. I found people and hospital that literally saved my life. Sure, it could have been another set of doctors and hospital, but having faced my own death in that hospital and found life again, it is hard to leave and entrust my life to a new hematologist. Due to the move, I called UNC and left a message with my nurse navigator about it and found out my original nurse navigator was no longer Jim. Fortunately, the new nurse navigator got my voicemail, talked to Dr. Park and Barbara (my clinical trial nurse), got their recommendation for appointment changes, and called me within a couple of days with a new appointment and scan date of November 9. In the first instance, I was happy to have UNC respond so promptly to my voicemail and move up my scan and appointment. Then it set in that I was entering imminent scan time, which proved to bring back the same fears and anxiety I’ve felt before. As much as those are not positive feelings, I did find an odd comfort in recognizing and understanding them.

In the weekend before the scan, I had a big presentation with my CEO for a client, a weekend in New York watching Jason run the marathon, and a couple of days working doing work with my charter school. Everything went swimmingly. I spent Tuesday, November 8th, at the school, which had a polling station on the first floor with a line down to the end of the block. The combination of being at the school and seeing the devotion to the civic duty of voting had me feeling hopeful for all of the good to come in the future. I headed to LGA for Chapel Hill by way of RDU around 5:30pm. I knew I’d be to the lovely Carolina Inn by 8pm, just in time to watch poll close and finally see the ultimate glass ceiling shattered and optimism and forward progress continue. Instead, I spent the night in a hotel that I previously spent less than 15 minutes in before being hospitalized for a week, in shock over the election results. I stayed up until 2:30am watching the news and then did not sleep well, and finally got up at 6:00am to walk over to the Cancer Hospital on an empty stomach to prepare for my scans. 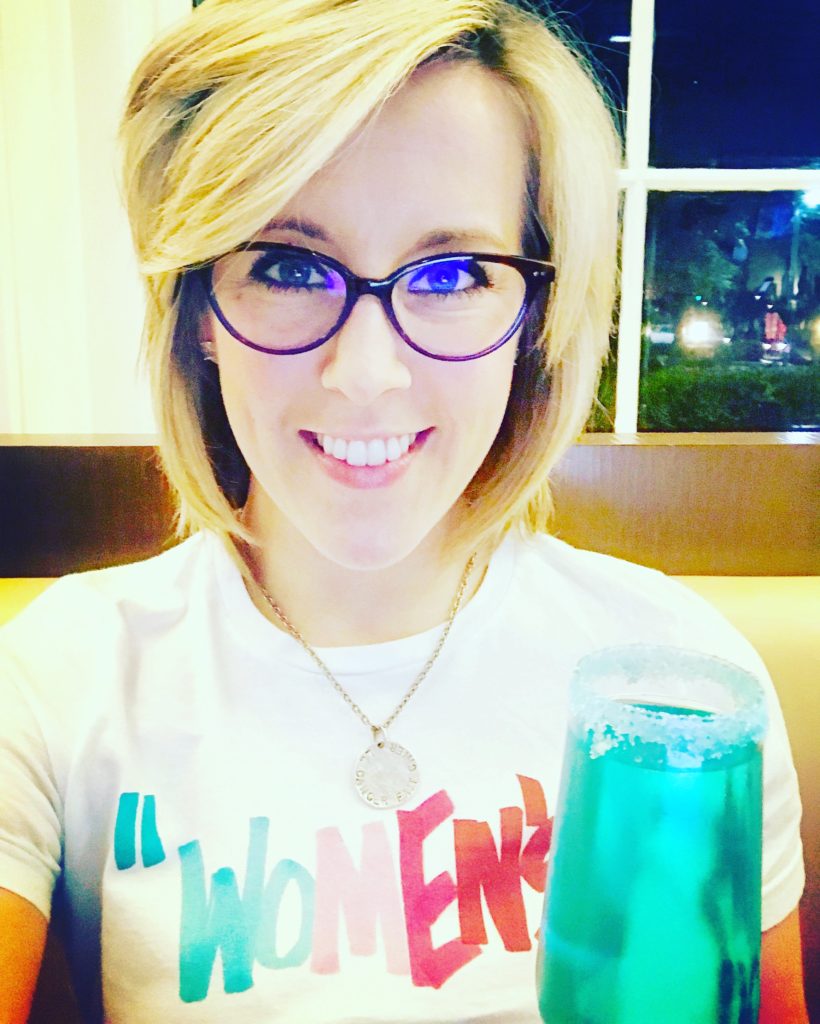 On the way, I called Mom and went into a rant about how I likely wouldn’t be alive or have frozen embryos if the Affordable Care Act didn’t exist. I was utterly dismayed about the prospect of being labeled as someone with a “preexisting condition” and being possibly ineligible for insurance if the President-Elect repeals ACA, because I survived cancer. I became consumed with the frustration and  the inconceivable injustice of it all. 10 minutes later, I pulled myself together and went through the routine of checking in with my UNC Health Card and through my appointment. This was my first appointment I had ever been to alone. I struggled between feeling strong and competent and feeling scared and lonely, which is the worst feeling in a cancer hospital.

During my appointment, I talked with Megan (Dr. Park’s PA – one of my favorite and most trusted team members) about the move. We discussed the fact that my clinical trial has a primary investigator in Seattle. I did research before my appointment, and Megan confirmed my choice of doctors, facilities, and my trial information was accurate. She said she’d start the paperwork. She gave me the added point that Dr. Park did his fellowship at UW and Fred Hutchison (where I am being transferred), and that he’d continue to consult on me. I left the hospital alone, without seeing Dr. Park personally, without scan results, and feeling like I had the darkest of clouds over me.

After a stop to get digital copies of my scans for safeguard due to the move, I drove home, completely exhausted. Late afternoon on the 9th, Megan called and in her chipper voice announced the scan results were clear and there was no change in my liver spot, so all was well in my world, and she could fortunately wish me well on my move without hesitation or complication. The relief I felt and always feel after hearing those words is indescribable. Every time, it feels as though I leave one body and person behind and become another. That news helped me to gain perspective on the political events and climate and realize that even if faced with the worst of circumstances, we always have to hold on to hope for our future. It was a conscious moment of being thankful I had faced my death and being thankful that I had the strength to battle and fight for hope.

The clear scan and the implicit approval to move to across the country from my medical team gave a renewed (and very welcomed) sense of confidence. One lesson from battling cancer is that confidence is complex. Mom and Dad instilled a strong sense of self and grounded confidence in me. I have found in the past two years, I have come to know a new multifaceted sense of self and confidence. It is an awareness that is grounded by my mortality and in my experiences and current expertise, and that appreciates those and every step I take continuing on my path of hope, which I think may be what most defines me.

Final notes: my new hematologist has already contacted me (within a week of my November appointment) and set up the new appointment on my original schedule. They have my file and scans and are doing a reanalysis on the original slides from my lymph node biopsy. His staff has been so competent and caring, and it’s a gigantic relief. I still have to figure out moving the embryos. I also have had numerous days recently that are difficult. Today (December 12) is the two year anniversary of the core biopsy that unexpectedly gave preliminary results of malignant cells on 12/16/14. These anniversary days hit hard, especially because I’m the only one that remembers them.

Despite all, I remain hopeful.

P.S. I become a Seattle resident on Friday. Come visit!

One thought on “Hope”