In the scheme of life after diagnosis, this has been a big week. April 2nd marked one year since I was declared “NED” (or “No Evidence of Disease” for all of you who are fortunately not versed in cancer-speak, and which marks the start of remission for DLBCL). It was a huge milestone last year to receive this diagnosis, because it meant that I had responded completely to the first three rounds of chemo, and only had one more to endure. In some ways, it felt and still feels kind of strange to mark April 2nd as the official start of remission, because I still had a very significant and grueling 40 days between April 2, 2015 and the end of treatment. During those 40 days, I would finish out a week long hospital stay, be ordered to be home-bound due to severe neutropenia, have my last round of chemo delayed 13 days (pushing the bounds of eligibility for remaining my clinical trial), and then finally endured a rough couple of weeks of immediate side effects of chemotherapy. Moreover, although the scan on April 2nd showed that I had a complete response to chemotherapy and was NED/in remission, there were/are concerns over whether just the four rounds would be enough to knock the cancer out completely and permanently, putting me on the path toward becoming medically cured (after five years).

Although making it to one year of remission has been my biggest desire and and now accomplishment for 2016, I went through the anniversary without mentioning it to anyone or acknowledging it in any way, except for only in my mind. I know that it is unusual that I didn’t acknowledge or celebrate this milestone, because I normally enjoy celebrating and recognizing the significance of things like this and helping raise lymphoma awareness. But last Saturday, I was finally feeling better after spending the previous Thursday through Monday completely knocked out with the flu. As if drudging through the fever, body aches, fatigue, and other lovely symptoms of the flu wasn’t enough, it was Easter weekend, and as I mentioned above, I spent Easter weekend last year in the hospital with body aches, fever, and fatigue, among other issues. It is experiencing situations and emotions such as these that are difficult, unexpected, and strike cords I don’t know that I have, and that I’m not sure others, even people close to me, can relate or understand. This incident is representative of a larger issue I have been facing over the past several months, which is inasmuch as I was sensitive to being recognized and labeled as a cancer patient, I am finding that it is similarly difficult to have people either not know or not acknowledge that I am a cancer survivor. My struggle with this lack of acknowledgement is because battling cancer is something that changed me physically, mentally, and emotionally. It is something that I cannot escape or forget and has been present in my mind every waking hour since the moment I was diagnosed. Cancer is integral to my current and future identities, and despite all of the negatives associated with it, it has expanded who I am for the better.

Additionally this week, I went in for another three month blood work and follow up appointment with Dr. Park on Tuesday morning. In usual fashion, I was anxious leading up and through the appointment until the moment that Dr. Park declared that my blood counts were great and that he’s pleased with my overall health. We briefly recapped my medical plan in light of this good news and confirmed that I will continue three month follow-up appointments and labs and have another scan done next January. Dr. Park’s demeanor was lighter and even more chipper this time, which was really refreshing. He said that he is very optimistic about my prognosis and thinks I have a 90% chance of reaching medically cured. On one hand the thought of a 10% chance of relapsing or facing another cancer and not reaching the medically cured label seems like a high and scary likelihood. But on the other, when understanding the world of cancer and those associated odds, I cannot help but return to my eternally optimistic roots, and be excited about the prospect of continuing to count down the days to that most coveted diagnosis.

After leaving the appointment and feeling a new pep in my step, I decided I am finally ready to face my hair. Since it decided to make its return, I have not done anything with it except for study, scrutinize and marvel at its growth, no matter how slow. I have not cut it or stepped foot in my salon since last February when I had to shave it, and I think my resistance to doing so has been partially out of fear of relapsing and losing it again through treatment. But with the reassurance I received on Tuesday and with enough length and curl now that cannot be quite fully tamed or contained in a headband, I bit the bullet and made the call to set up a consult with my stylist tomorrow. For me, this step is representative of feeling secure in my status as a cancer survivor. I am hopeful that after meeting with Jay tomorrow, he can save me from my Flowbee hair style that is mullet-ish and the same length all over (for those of you who remember this horrendous device and hilarious commercials from the 80s/90s), from Jason’s laughter at its very unruly nature and teach me the ways of curly hair. (For your viewing pleasure and reference, I’ve posted a few pictures below of the mop on my head.) 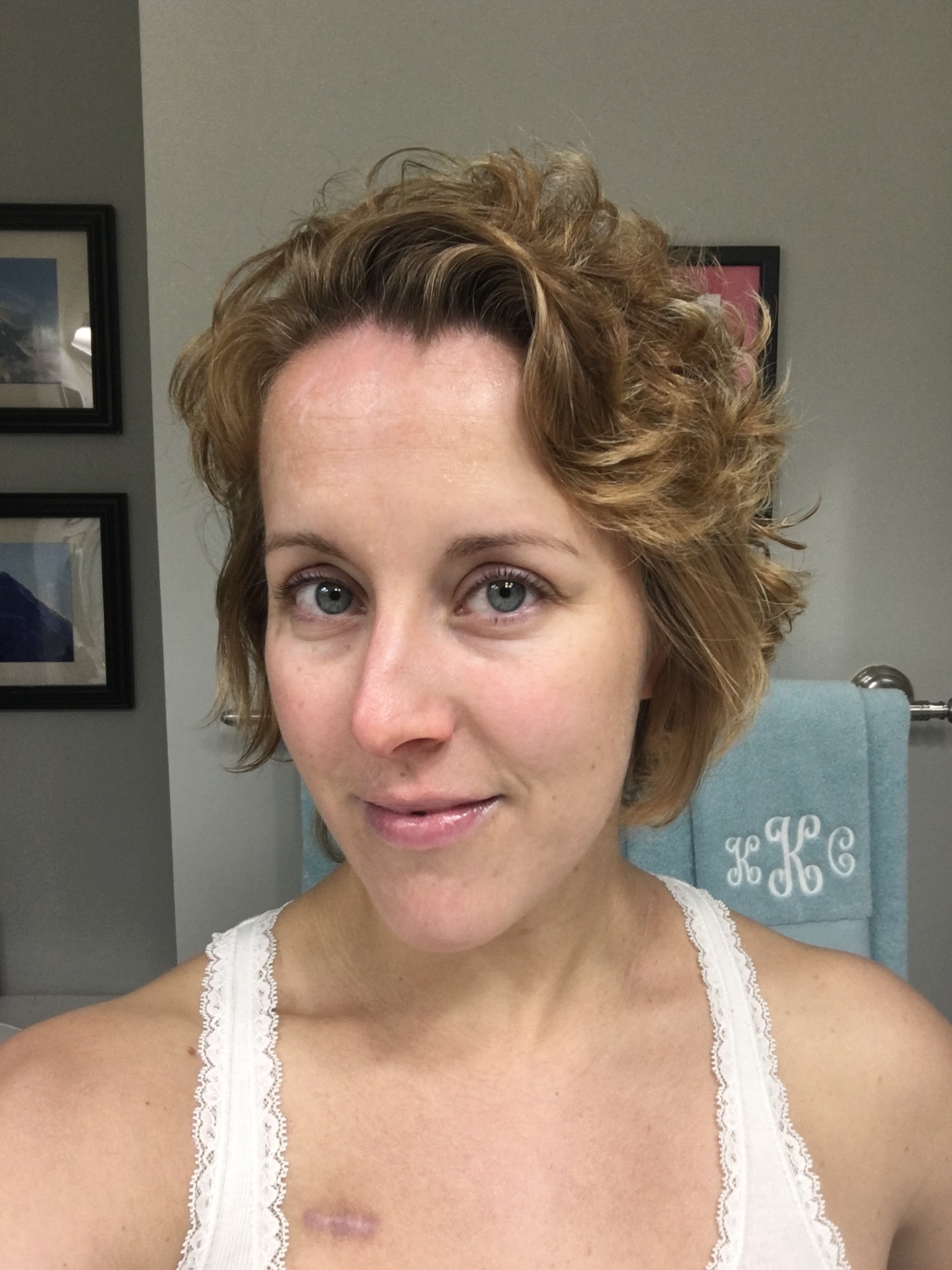 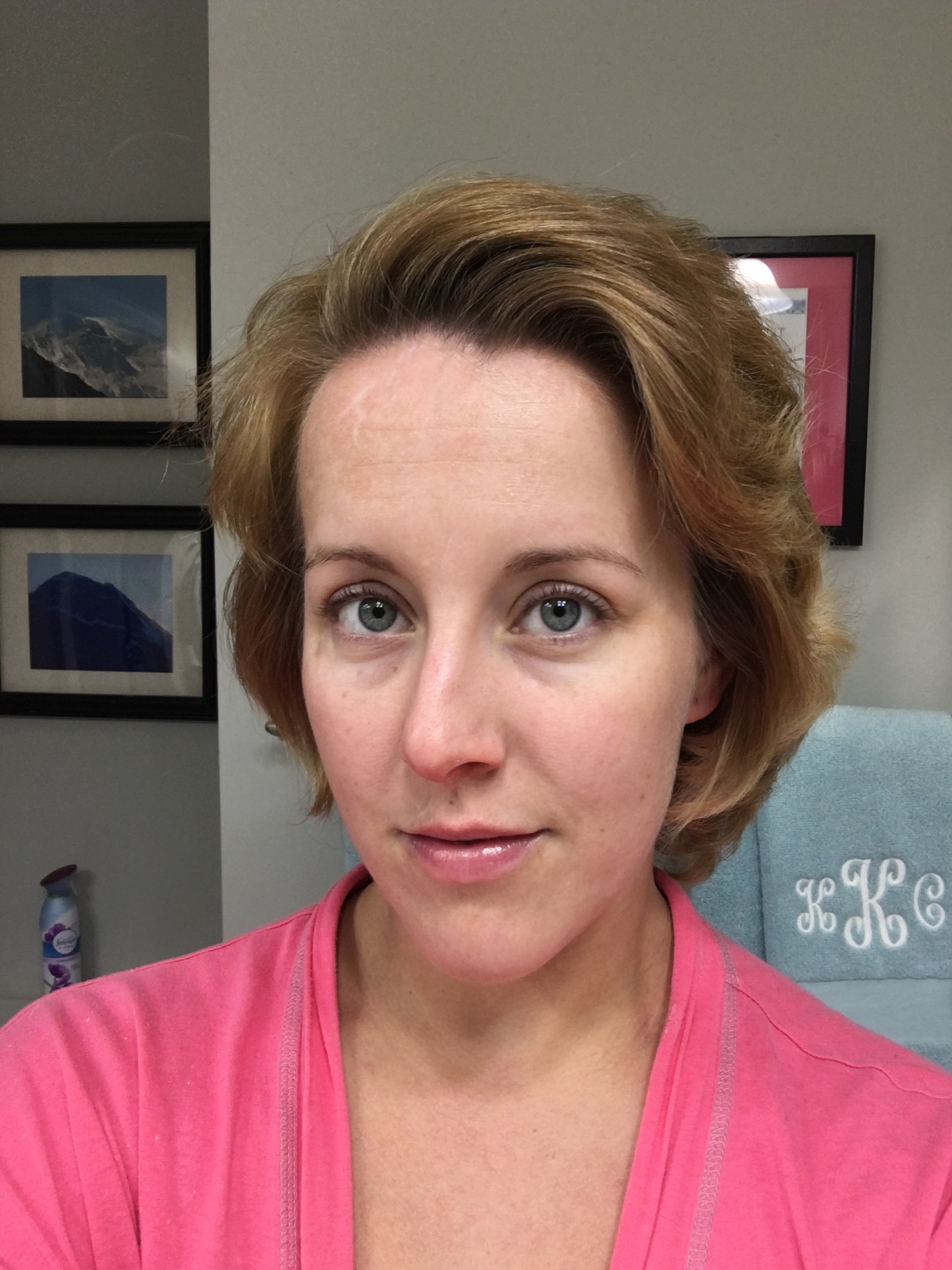 First attempt with the hair dryer = 50s mom hair ? (the look on my face shows my thoughts on this result) 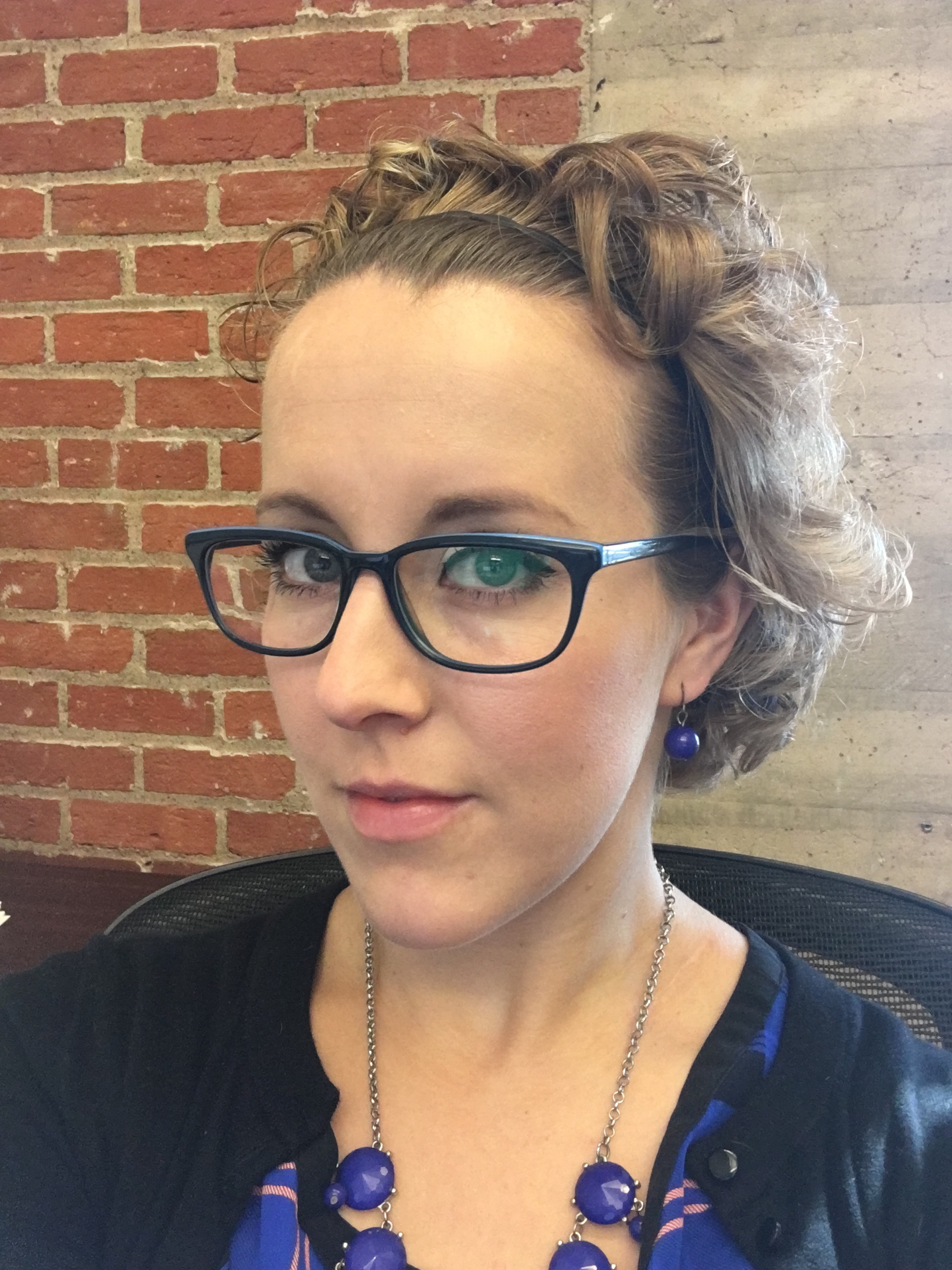 One thought on “One Year NED”